On October 30, 1997, Jerry Seinfeld and Larry David forecast to the rest of the world what would come to pass in real time nearly 13 years later…sort of. In the Seinfeld episode, “The Junk Mail,” Kramer has had it with all the Pottery Barn catalogs he is mailed (unsolicited) so he collects his stored junk mail, returns to the post office, and demands that mail delivery be stopped. Of course Kramer encounters Newman and of course, melee ensues.

Larry David and Jerry Seinfeld were making an important point though; through the words and actions of Kramer: Really, who needs mail service anymore? While in 1997 e-mail was still in its infancy, virtually everyone in America today uses the medium. Kramer’s solution to the question “how will you pay your bills” was rebutted with “the bank can pay them.” While that was something of a hazy reality at the time, online banking has taken an even more prevalent place in most of our lives. Personally, I only get one or two bills even mailed to me at all (and I’m working on getting those stopped). I have gotten my car bills emailed to me as long as I’ve had the loan out; but GMAC still sends me “Privacy Policy” documents; much to my chagrin (just email them to me!)

When you consider it though, citizens are just as much to blame as anyone. What’s the first thing you think to do when you move? Change your address of course! Though the tides have been swelling in opposition and they may soon be too much to handle. Maybe the US Postal service knew it was in over its head when it raised the price of stamps and then raised them again and then came up with the ingenious “Forever” stamp. People are fed up with increases in food prices, increases in living costs, increases in gasoline; when there are so many alternatives available for the consumer who is paying attention, why would anyone even use the postal service at all? ekspedisi truck 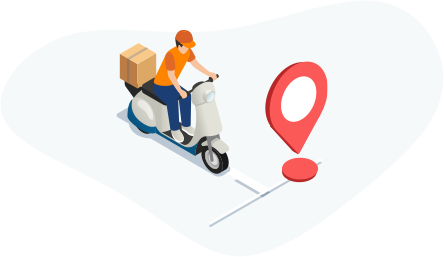 I noticed it a few years ago and didn’t say anything about it. More and more of my birthday and holiday greetings were coming via email than anywhere else. Today I’m logged in to Facebook so everyone who knows me can just send me a birthday greeting, as I do for all of my friends.

The discussion going on in the real world is that the Postal Service is considering stopping Saturday delivery. Apparently this is something which is floated every so often; always to be struck down. But the world we live in today is so vastly different than the world we lived in 10 or 20 years ago that it’s worth seriously considering.

Current Postmaster General John Potter was the one who revealed this plan to help cut the Postal Service’s massive budget shortfall just this past week. While it should surprise no one that the Postal unions are not really interested in cutting Saturday delivery, the Tweeting, iPhone wielding postal workers need to see the writing on the wall and at least meet us halfway here. Because it won’t be too long before everyone will, just as easily as Kramer, put a brick in our mailbox, opt out of the delivery service game and never look back.